This afternoon Banana had her second exhibition at Art Camp.  Exhibition.  And I had an exhibition of my own.

exhibition – n (dictionary.com)
1. a public display of art, products, skills, activities
When I jokingly said to the Staff at the New Art Center (otherwise known as Banana’s new found home) that she had been calling herself an artist for years now, they all looked at me, stone faced and judgmental, and said “She is.”  Period.  I of course believe she is a young budding artist, but I of course am her mother, and know that this could be one of many things that she might dub herself in the coming years.  Anyway, the exhibition is intense.  There are many young artists displaying their work after a week at camp – and I’m not going to lie, some of it is amazing.  Seriously.

B’s contributions always blow me away, again, I’m her mom, but this week’s has me a little perplexed.  Kitty robot.  Kitty robot is amazing.  When you press any of the buttons attached to her she does tricks.  She jumps.  She meows.  She twirls around.  And she does all of this in Banana’s imagination, which of course makes her 3 times as amazing as she would be if she actually did any of these things.  On the other hand, I kind of think when Banana falls asleep, Kitty Robot is going to eat me.
Take a moment to look at Kitty Robot, and tell me you don’t feel the same way.  Don’t you think her googly eyes are about to pop out of her head? 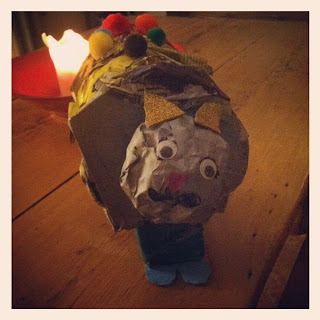 She looks as if she’s about to jump off the dining room table and run around with Butterball.  Maybe it’s also because I have her backlit with those candles right now, but she’s onto me.  She knows I’m judging her right now, and she’s not happy.  She also looks like she has a mustache.  She’s got an intense amount of things going on in her world, and you can see it in her eyes.  I think she might be the long lost pet of this guy, who let’s be honest, I have been having nightmares about since the early 90’s. 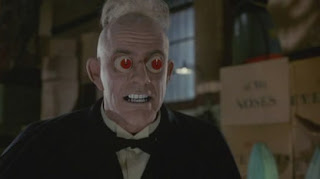 I might have to lock her in a closet for the night, although that might intensify my fear of her, especially if I wake with the door open.
And here’s where we tie it all together.
exhibition – n
3. make an exhibition of oneself – to behave so foolishly in public that one excites notice or ridicule
I was late of course.  You can tell I’m the kind of mom that would be late I know, especially since you’ve just spent 45 seconds to a minute and a half reading my judgment of my daughter’s art project.  As I was running up to the doors, I encountered a group of teenage girls.  Teenage girls scare the living shit out of me.  If I see I group of them, I almost, ALMOST want to walk the other way.  Teenagers in general are scary, but the girls, in a group, invoke some strange regression to 7th grade that is very unpleasant.  I was (am) wearing a denim dress, and sporting these: 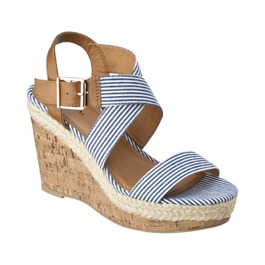 You know where we’re going here.  I don’t even need to continue do I?  As the anxiety built while I was swiftly, and for a moment, gracefully walking towards the entrance, I watched them check me out.  A head to toe glance, some giggles, and a look back at me.
Great, I thought.  Something’s probably on my leg, I probably have a button wide open, maybe there’s toilet paper stuck to the back of me, who knows.  Then, a shocking,
“I really like your shoes” came out of one of them.
“Thanks” I said.
“Me too, they’re super cute!”
“Thank you!” I said, a little more enthusiastically.
And then, a quick “Thank GOD, I thought I was embarassing my….” crossed my mind, as my ankle gave out, and I somehow tripped over my own leg (I do have to say that was pretty intensely brilliant) and then spent the next 4 to 5 steps LUNGING FORWARD as if I was getting ready to BURST INTO A SPRINT while I tried not to fall.  It was almost as if I thought I was SPRINGING OFF the starting line of a race.  No worries though, I didn’t fall.  My AMAZING LUNGES saved me.  I think what saved any embarrassment was my reaction to my own fall, which was “Oh, I guess I can’t really ahahahaha walk in them hahahah ho hoh ohohoh awkward hoh ohohoho hahaha”.  To which they replied: 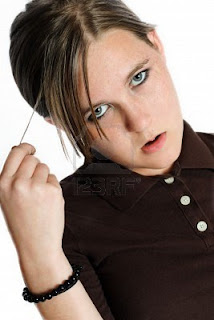 Lots of love,
the Exhibitionist